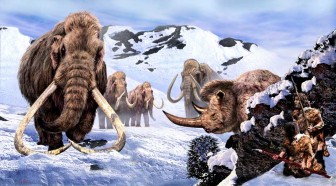 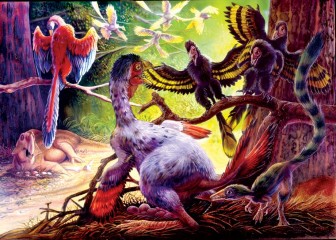 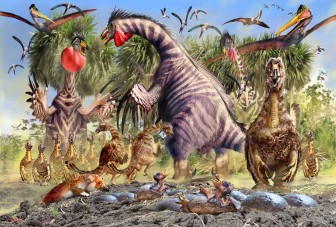 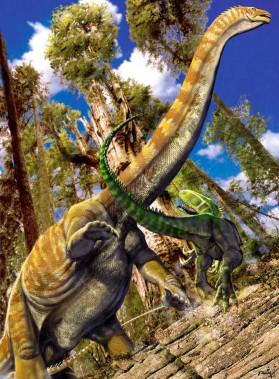 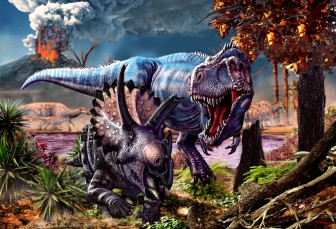 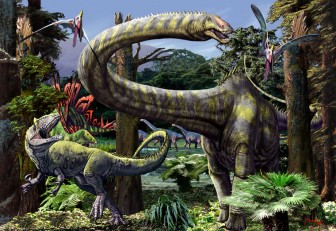 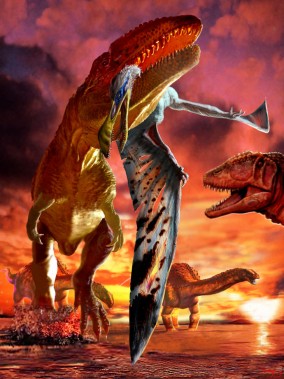 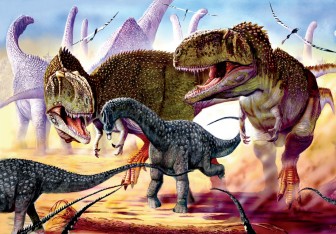 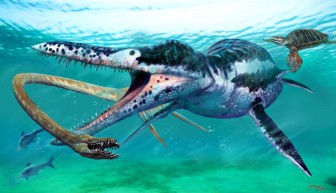 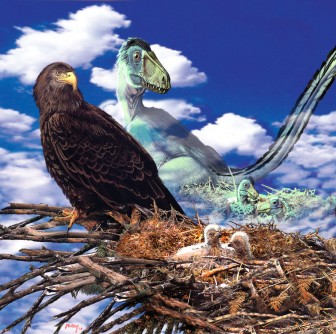 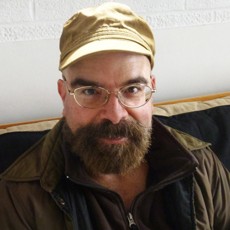 Spanish-Mexican Luis V Rey was originally a Symbolist and Surrealist painter. He later became an amateur paleontologist and illustrated dinosaur books. A member of the Society of Vertebrate Paleontology, Luis has also authored his own book, ‘Extreme Dinosaurs.’ He has collaborated with many noted paleontologists and researchers in the field, particularly with Thomas Holtz on ‘Dinosaurs, The Most Complete and Up-To-Date Encyclopaedia for Dinosaur Lovers of all Ages.’ Luis’s work appears in ‘Walking with Dinosaurs 3D’ and ‘Dinosaur Art, The World’s Greatest Paleoart.’ Whilst relying on scientific research, Luis feels it important for imagination to also play a part in his art. Originally working in mixed media, acrylics and inks with airbrush, he has more recently switched to digital media.